The Hohokam Irrigation and Drainage District is a political Sub Division of the State of Arizona, organized under State law by the landowners of the District who owned land susceptible to irrigation from a common source and system. The powers and duties of the District are dictated by State law, Federal law and by contract.

The United States, pursuant to a contract executed in 1985, retains the ownership of all portions of the distribution system while the district is responsible for the operation and maintenance of the system and shall retains control of the system as long as it is able to equitably deliver the water supply to the lands in the District having primary right thereto and to properly maintain the distribution system. The irrigation system was built jointly by the U.S. Bureau of Reclamation acting on behalf of the United States and the District.

The boundaries of the District encompass approximately 29,000 acres in Pinal County between the cities of Coolidge and Casa Grande. 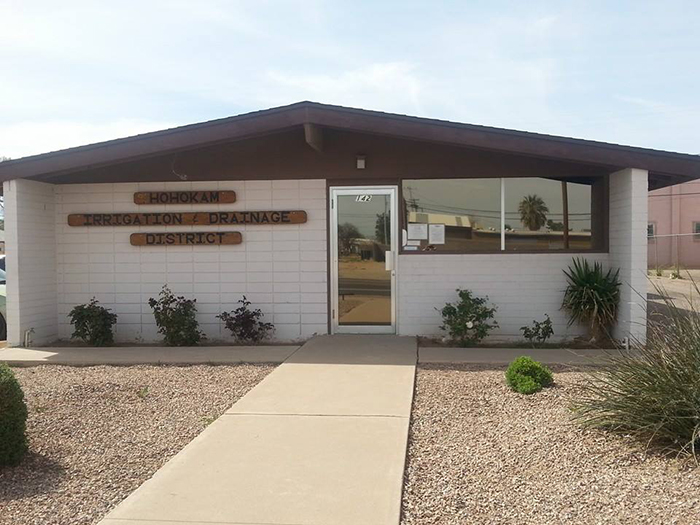 The electoral of the District provides for Three Division Directors and Two Directors At Large, each elected for three year terms in staggered years in order to maintain continuity of leadership.

The responsibility for the equitable and efficient delivery of water is delegated by the water users to their Directors who, in turn, exercise their authority at regular and special meetings of the Board of Directors. The Directors attendance at these meetings and the development of policies for the betterment of the District then becomes their primary responsibility.

Hours of Operation:
Monday – Thursday 7:00am to 5:30pm, closed Fridays